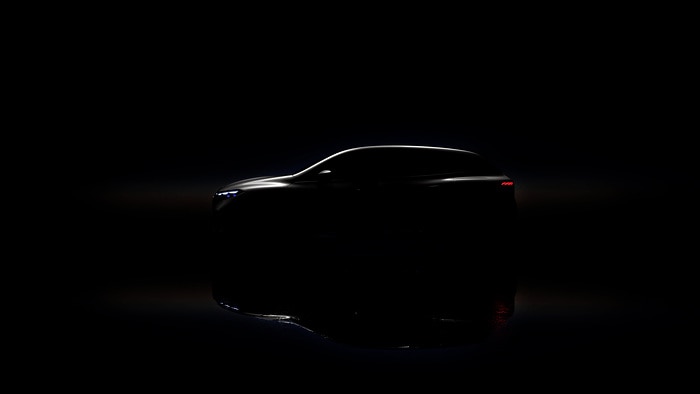 Mercedes-Benz has added another teaser to the photo album of the upcoming EQS SUV. That model will soon turn the ever-growing world of electric SUVs upside down. In the run-up to his unveiling, we have already put all the facts and gossip together.

If you found the naming at Mercedes a bit confusing, then the Germans will soon be happy to go a step further. The EQA, EQB and EQC (all SUVs) and the EQE and EQS (oddly enough saloons) will soon be joined by the EQS SUV. So that’s going to be – you guessed it – the high-legged version of the EQS, and this is everything we already know about that newcomer.

FOR THE WHOLE FAMILY
Two weeks ago, Mercedes showed a surprising number of photos of the interior of the EQS SUV, and they did that for a reason. From the inside, the high variant is barely distinguishable from the regular EQS, so they didn’t exactly reveal much. One detail, however, caught my eye right away — or, for the sake of completeness, two details. Behind the second row of seats there were two extra headrests, which means that this EQS SUV will be a seven-seater. Even larger families will soon be able to enjoy Mercedes’ whisper-quiet luxury. 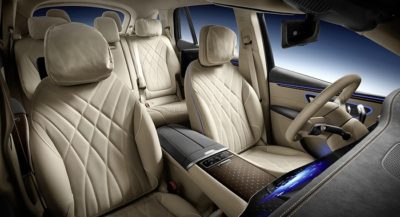 ABOUT 600 KILOMETERS
Since the EQS and its SUV variant share a platform, there is a good chance that the two will also have engine similarities. If we look at the figures for the first, we find battery packs of up to 107.8 kWh under the floor. The four-wheel drive EQS — the 580 4MATIC with 523 hp — that comes about 650 kilometers away, which makes the parallels with this EQS SUV quite believable. Mercedes previously spoke of a range of “about 600 kilometers”, and given the higher size of the SUV, a loss of 50 kilometers is to be expected.

DID SOMEONE SAY “TERRAIN CAR”?
We compare it above with the four-wheel drive EQS, because according to the manufacturer, the high-legged version will always distribute its power over the four corners. In fact, this EQS SUV should even be capable of off-roading. For example, Mercedes has already announced that they are installing an intelligent Off-Road driving program in the car that should grant their newcomer “a wide range of usage options”. We can already see it before us: an electric Mercedes that puts classic Defenders to the fore in a mud bath… 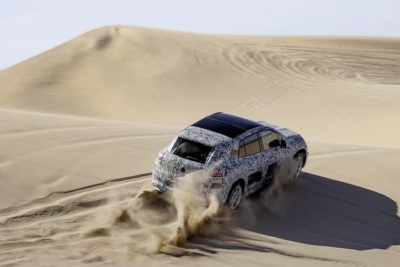 LOOK AT THE MAYBACH
But what exactly do we see before us? Well, ‘Das Haus’ itself already gave a relatively concrete picture of that. The first harbinger for this EQS SUV is the Mercedes-Maybach EQS Concept, a study model that confusingly should not refer to the regular EQS but to the EQS SUV. That should already show what a Maybach version of the new model could look like, so it is not inconceivable that the EQS SUV will closely resemble this concept car. By the way, we also immediately know that we can count on a real Maybach version in the long term.

LITTLE BROTHER
If you find such a Maybach just a bit too vulgar, you can also wait until Mercedes comes up with an SUV derivative of the EQE. That is also in the pipeline, and if they continue the philosophy of regular EQS and EQE, there is a good chance that both models will start to look quite similar again. So feel free to see the EQS SUV at its unveiling on April 19 as a harbinger for the EQE SUV, but just think about it a few pounds.