The new FORD E-Transit Custom will be electric 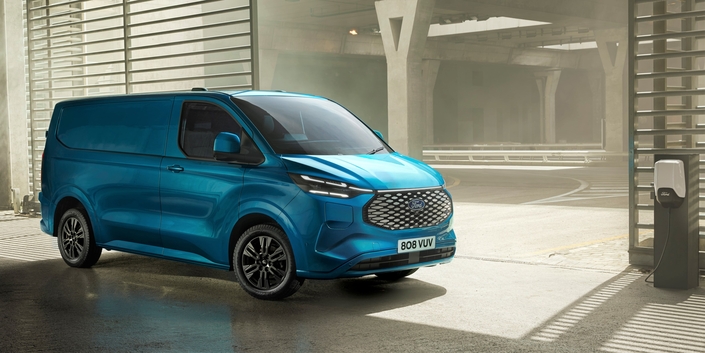 The range of Ford commercial vehicles will be completely electrified in 2024. While waiting for this deadline, and just after the Ford E-Transit, it is the Custom which will switch to 100% electric mode.

However, we will have to be patient: this new Custom is not expected before the end of next year. In the meantime, the Ford E-Custom is only revealed through these photos and some brief information.

One thing is clear: the change in style is clear. Exit the rather fluid line and the very plunging beltline. The future Custom adopts more tense forms… which are reminiscent of the Volkswagen Transporter. Well precisely: if this Custom is entirely designed and developed by Ford, it will be the basis of the future Transporter, also electric, in the name of the partnership concluded between the two brands. 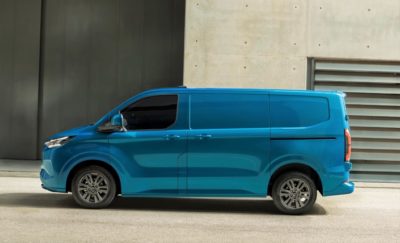 Taller and wider than the current model, the Ford E-Transit Custom 2023 adopts a new light signature and LED entry lights at the front and rear. Its electrical architecture will provide, explains the manufacturer, “a range of up to 380 kilometers”, and will offer “fast charging and full towing capacity”. But the Custom will not only be electric. Ford announces that petrol and Diesel will be allowed and that a completely renewed hybrid version is also on the program. 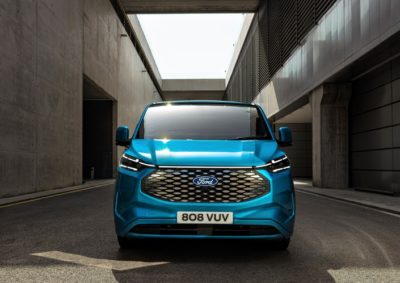 The E-Custom will initially only be marketed in a 1 tonne payload van version. After, and by 2024, three other electric vehicles will see the light of day. These will be the Ford Transit Courier and two passenger transport vehicles, the Tourneo Custom and Courier. 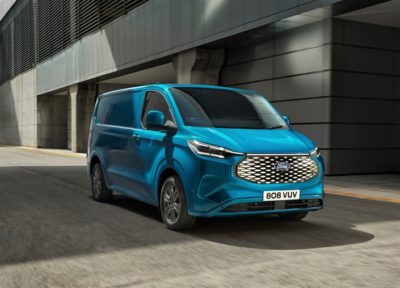