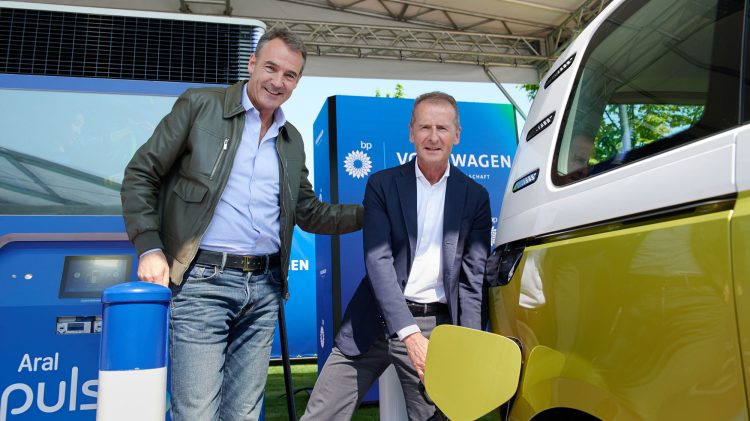 Volkswagen and the oil multinational BP began their strategic partnership with the inauguration of the first charging station in Düsseldorf at the end of April. The aim is to improve access to charging options for electric vehicles in the most important European markets, the partners explained. To this end, a fast charging network should be set up throughout Europe by 2024.

The Volkswagen “Flexpole” charging stations used each have two charging points and an integrated battery storage system. The system eliminates the need for high-performance grid connections: the Flexpole charging stations can be connected directly to a low-voltage grid, a special transformer or construction work is not required. “This significantly reduces installation times, while at the same time charging speeds of up to 150 kW can be achieved. Depending on the vehicle model, a range of up to 160 kilometers can be recharged in just 10 minutes,” says Volkswagen.

“Last year we sold more electric vehicles in the region than any other car manufacturer. Our investments – from the software to the batteries to the charging stations – are part of our strategy to make individual mobility safer, more comfortable and completely climate-neutral. Decarbonising the European economy requires close collaboration across borders and sectors. We are pleased to be working with BP to accelerate the expansion of the fast charging network across Europe,” said Volkswagen CEO Herbert Diess. 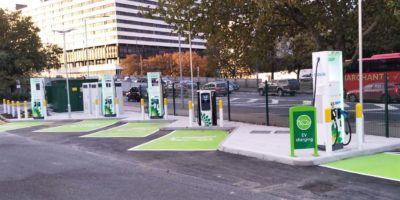 EV-Charging is one of the key drivers of BP’s transformation into an “integrated energy company,” said BP CEO Bernard Looney. “That’s why we’re so excited about our partnership with Volkswagen. When you bring one of the world’s leading car manufacturers and one of the world’s leading energy companies together, there is great potential. This is a significant step on our journey to accelerate the electrification of road transport in Europe.”

The locations of the charging stations are integrated into the navigation and other internal apps of the vehicles from VW, Seat/Cupra and Škoda as well as into “Elli”, the charging app from Volkswagen. Any electric car driver can dock at the new charging stations as part of the BP and Aral “pulse” network. When used, bonuses can also be collected as part of the BP/Aral loyalty programs.

As part of their agreement, Volkswagen and BP are exploring further joint opportunities “to provide future solutions for lower-carbon mobility,” according to a statement.